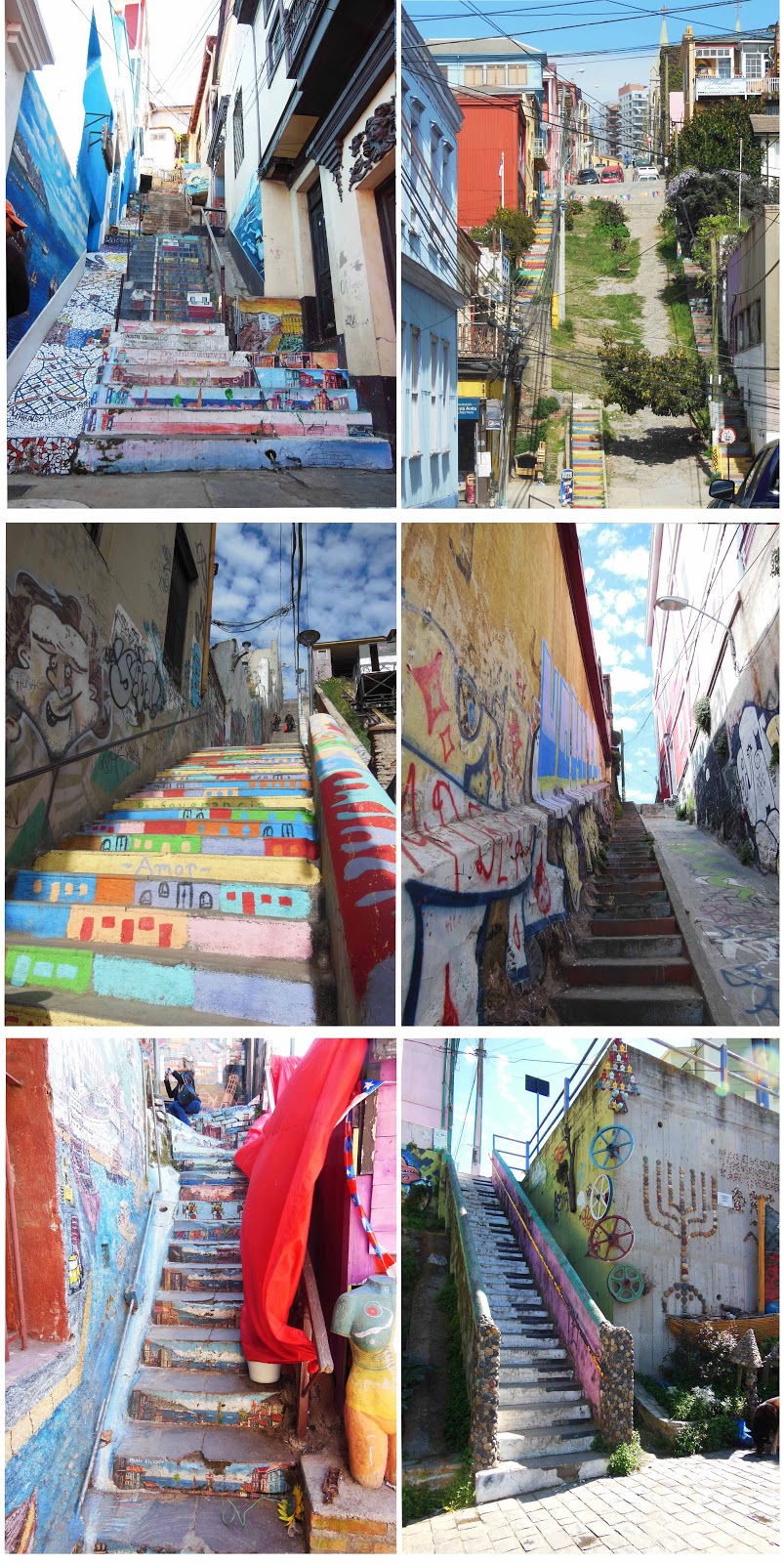 The Unesco World Heritage site rises from the Pacific Coast like a kaleidoscope of color. Chile's second city is a jumble of cliff-hanging pastel boxes that fit together like a puzzle as they blanket the hills above the old port. Spiraling stairs and 100-year-old funicular elevators connect each dotted knoll to the port below. The town beneath the cerros (hills) boasts an architectural treasure trove of 19th century buildings from Valpo's golden age when it was known as Little San Francisco and The Jewel of the Pacific.


Valparaiso fell on hard times after the opening of the Panama Canal, but the ever-resilient city fought back and is now a vibrant center of Chilean culture. The fading grandeur only makes it all the more attractive to tourists who revel in its spontaneous, bohemian magnetism. TEXT CREDIT: Mark Johanson for IBT
Labels: BLUE TAPE-travel craft, Chile
Newer Post Older Post Home