In ancient Greece and Rome clay dolls, and a few of ivory, dated from around 500 BC, were found in children's tombs. Comedy was introduced to the plays as time went by, and ultimately led to a church edict banning puppetry. Puppeteers responded by setting up stages outside cathedrals and became even more ribald and slapstick. Out of this grew the Italian comedy called Commedia dell'arte. 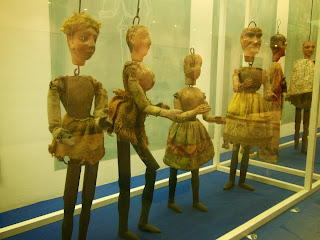 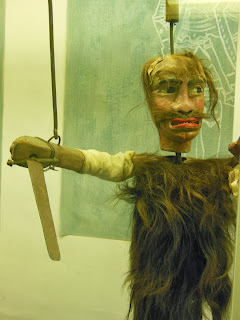 When Rome was overrun by barbarians and puppet theater vanished, it was the traveling puppeteers who kept the art and the craft alive. Troupes of puppeteers, jesters, jugglers and entertainers breathed new life into the world's tales and histories, as they moved from place to place and puppets found a home in folk art.
Labels: BLUE TAPE-travel craft, craft features, Europe
Newer Post Older Post Home