Named after the persian word for needle, suzanis were traditionally made for a woman’s dowry. With their intricate patterns and fine detail, they can take up to two and a half years to complete. The creation of a Suzani design is deeply rooted in tradition. This intricate embroidered craft work of meandering grapevines along the border and stylized botanical motifs began at the birth of a daughter and continued with the help of family and friends until the bride’s dowry was complete. 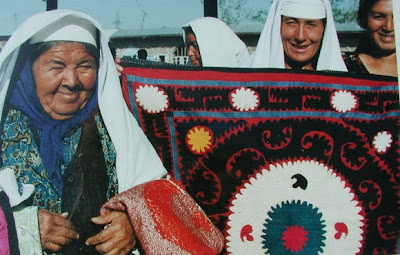 The ground fabric is made of four or six narrow widths loosely sewn together and is usually made of cotton or silk. An elder of the tribe or village draws her design on the fabric after which it is taken apart again. Each female member of the family embroiders a separate strip. The pieces are then re-assembled. 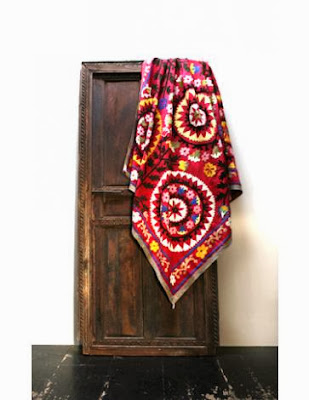