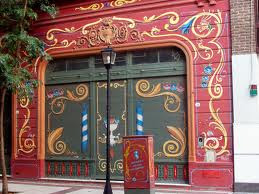 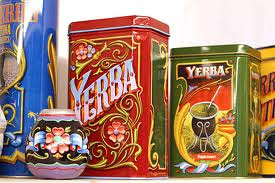 I literally had 12 hours in BA before my flight to Chile so I took a 4 hour Fileteado painting workshop. Super fun!

In his book, Filete porteño, Alfredo Genovese describes what anthropologist Norberto Cirio gave as the main formal features of fileteado:

A high degree of stylization
The preponderance of lively colors
The use of shading and highlighting to create the illusion of depth
The preferred use of a Gothic font style or highly detailed letters
The recurrence of symmetry
The framing of each composition when it is finished
The efficient use of available space
The symbolic conceptualization of many of the images representedFileteado originated in cart factories at the beginning of the 20th century. The source of this style is credited to some of the many Italian immigrants working in these factories.
They decorated carts according to the owner's economic situation, preferences, and schedule. As time went on, trucks replaced carts and were still painted with the fileteado style. Privately owned buses also sported the bright colors and designs. Imagery of the day began to appear in compositions and included Carlos Gardel, Our lady of Lujan, horses, sports figures, pretty ladies, and more.
The art form was in danger of dying out in the 1970's when fileteado was prohibited by law. Not only was it banned to decorate buses with fileteado, but they were even painted over. Some argue, however, that this may have been what kept the style alive. Fileteadores sought out other spaces to show their work including newsstands, buildings, store entrances, bars, posters, tins, plates, and more.