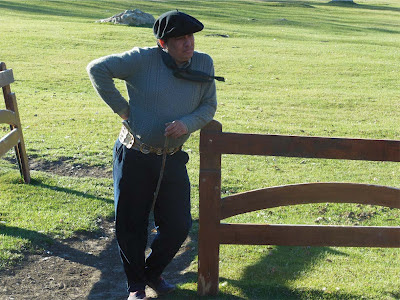 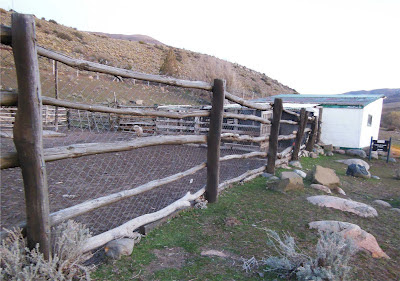 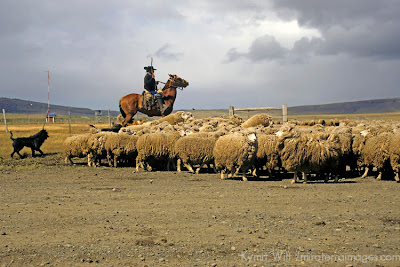 The herding of the flock.

During the XIXth century, a social and economic phenomenon shook the World: the Industrial Revolution. Many machines were invented and raw material had to be provided. The textile mills needed large volumes of wool, but Europe on its own could not produce the needed quantity. In 1833, the English took over the Malvinas Islands with the purpose of having a strategic port for the empire, they also discovered that the Islands had perfect conditions for breeding ovine cattle and sheep. On the banks of the few rivers existing in the area and near some springs, all the necessary infrastructure for the wool business was built. Wire fences, sheds and houses appeared in the deserts of Patagonia. During the First World War wool prices were at their peak – the “white gold” as it was called, which together with cotton and linen were the only textile fibers. By 1920, all the farms within the area were well-settled and the production techniques for shearing sheep have not changed much. Sheep are still being bred, the same machinery is still being used for shearing purposes and the raw wool is still being exported abroad.

In the barn, the sheep are evaluated by eye to determine if they are to be sheared or slaughtered for meat. Those marked by chalk for shearing are first bathed in a solution to remove bugs, then placed between the gauchos legs in a kind of sleep hold. The sheep is then shaved with clippers; the good shearers can take care of business in less than 3 minutes. The wool is then compressed in this outside press in cubes that meet the weight requirements. The wool business is huge, the sheep are sheared twice a year for up to 7 years before becoming dinner. 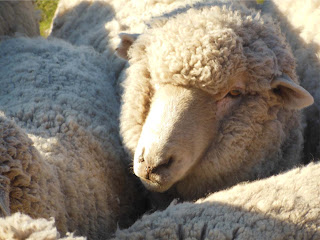