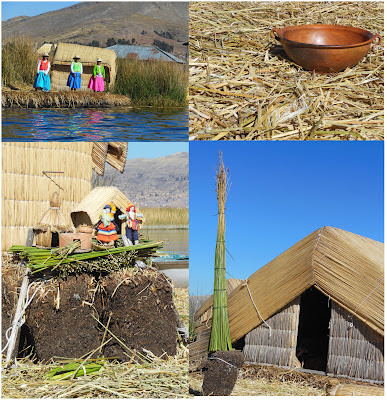 Las Islas de Uros are a collection of islands off of the port town of Puno, Peru that are entirely made out of floating mud and totora reeds, and each island actually has its own anchor so that it doesn’t float away. In order to make the islands in the first place, large blocks of floating mud are cut from much larger blocks that are found out in the middle of the lake. The mud blocks are then towed closer to shore into shallower water, where they are then literally tied together with rope via stakes that stick down through the mud. Finally, once all of the blocks have been tied together to form an island, large swaths of totora reeds that grow naturally around the lake (the same reeds that the fishermen in Huanchaco, Peru used to construct the world’s first surf craft), and are laid in a criss-cross fashion until the entire island has a massive crunchy cushion. Then, one-room houses are eventually built from the reeds, as are their boats (some with dragon heads), and then people move into the houses and decide to call the floating island home. Oddly enough, when a motorized boat passes one of the islands, the entire earth below you ripples as it is hit by the boat’s small wake. PS: once you peal the outer layer away, the totora can be eaten as well! 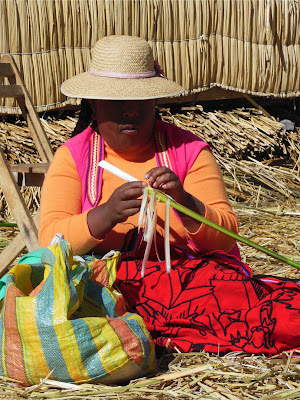 Getting to Uros is a beautiful adventure where along the way you see the locals embroidering wonderful historical stories. 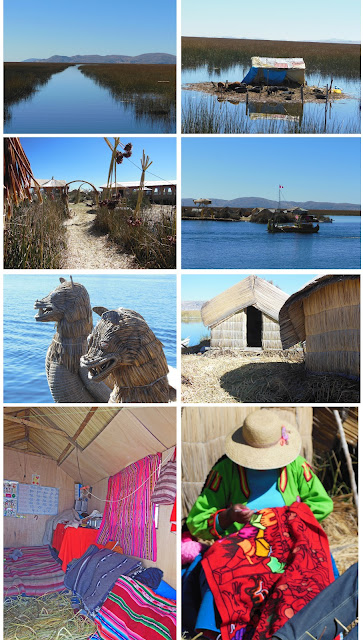 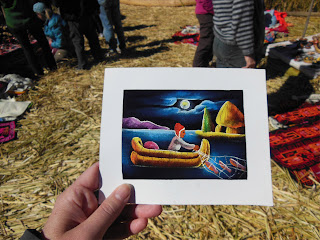