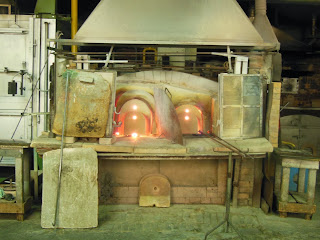 After having learned the basic techniques of glass blowing in Australia, I was excited to visit the famed Italian artisans and learn of their techniques. 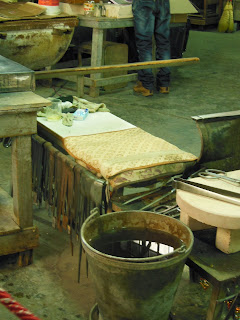 Venetian glass is a specific method of glass production developed and refined over many centuries in Venice, Italy, primarily on the island of Murano. It remains a world-renowned centre for colourful, elaborate glass of the highest quality and craftsmanship – be it in glassware, mirrors, chandeliers, or beads and jewelry. 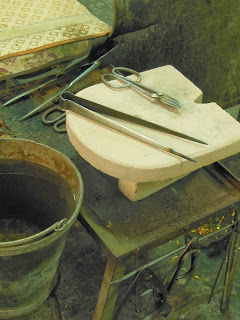 My first question upon visiting a Murano glass blowing facility was simply, why here? In 1291 the small independent art glass factories that were flourishing in Venice were moved across the lagoon to the island of Murano where they were to remain to this day. The stated aim of this measure was one of safety due to the risk of furnace fires engulfing the over populated Doges city, which was largely constructed of wooden buildings. 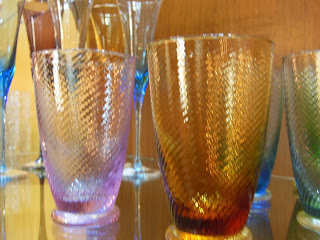 In part this would be a sensible precaution, but it also served to keep production isolated away from the prying eyes of competitors. To insure that the glassmaker’s secrets were never revealed, harsh sentences were to be meted out to individuals who leaked secrets to foreign nationals, or left Venice without official permission. This isolation of craft bread a competitive creative that yielded many innovations in the field (and ensured a remarkably high standing in society).